About Us » Board Of Directors » G. L. Cundle 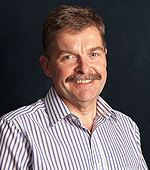 Mr Cundle joined the Swire Group in 1979 and has extensive corporate experience having worked with the Group in various divisions in Hong Kong, Australia, Korea, Japan and Papua New Guinea. He was a Non-Executive Director of
Steamships in 2006-2007 and General Manager of Steamships Shipping from 1989-1992. He is a Director of John Swire & Sons (PNG) Ltd. He was the Managing Director of Steamships Trading Company Limited from 1st January 2013 to 12th January 2015. He is Chairman and Chief Executive Officer of John Swire and Sons (Australia) Pty Limited.